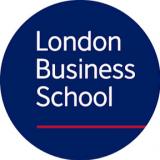 We are thrilled to welcome you to the official website of the 9th annual London Business School (LBS) Healthcare Conference, hosted by the LBS Healthcare Club with the generous support of our sponsors: The Boston Consulting Group, GlaxoSmithKline, and Johnson & Johnson. This year’s conference, entitled “Digital Healthcare: Connecting the Dots”, will take place the evening of Thursday, February 22 2018 at the Royal College of Physicians in London. To learn more about the event and reserve your space, please proceed to the “Conference agenda” and “Tickets” pages of this site.

Digital healthcare is a critical area of today’s healthcare ecosystem, but with all the buzz about it, how are companies on the forefront of innovation actually becoming “digital”? The conference will focus on the practice of digital healthcare, and how global healthcare companies have successfully become digital leaders. The purpose of the conference is to bring leaders from across the healthcare value chain together to listen, learn, and take away a practical toolkit for implementing digital initiatives at their own organizations. The evening will include a keynote speech, two panels, closing remarks and a reception, where attendees can further their discussion on the topics covered by the speakers. The event will be interactive, with audience Q&A built into the sessions to ensure that presenters focus on the issues most relevant and interesting to the audience.

Please note that speakers and panelists may be subject to change.

UPDATE: THIS EVENT IS NOW SOLD OUT. Thank you for your interest and support of the LBS Healthcare Club!

Previously she was CIO at The Home Office, with responsibility for the delivery of all technology services for Counter-Terror, the UK Border, Visas and Immigration, Asylum and Policing.

Prior to joining the Home Office, Sarah spent 23 years in Financial Services, and held CIO roles at Credit Suisse, UBS, Deutsche Bank and Lehman Brothers. Her earlier career consisted of various roles in the IT and Risk departments in these organisations.

She has also worked as an advisor to a number of technology start-ups.

Discussion featuring leaders from startups and medtech companies as well as investment houses, guiding the audience through the innovation lifecycle and discuss how this process is likely to change as leaders adjust to upcoming industry trends.

This panel will feature leaders from established healthcare companies and aim to discuss how digital healthcare has impacted the way their organizations operate, from how they interact with clients to how they design product specifications. We will ask each panelist to share their experience with adapting existing processes or initiatives to digital trends in healthcare. The panel facilitator will focus the discussion around key learnings that will be applicable to other healthcare organizations, as well as seek the panelists' advice for their peers facing similar questions.